Cosmopolitan cities, sandy beaches, forested mountains and a chance to step into history.

Visiting Greece in southeastern Europe puts you face to face with iconic images – whether it’s the Parthenon in Athens, clustered white buildings on the islands or the massive fallen columns of Olympia. Often referred to as the birthplace of western civilization, Greece is a destination filled with warmth, sunshine and beaches, and dotted with archaeological sites dating back thousands of years. It’s also home to dishes now familiar around the world, from mezes (appetizers) such as tzatziki, saganaki and spanakopita to deliciously seasoned gyros and souvlaki to sweets like baklava and loukoumades. 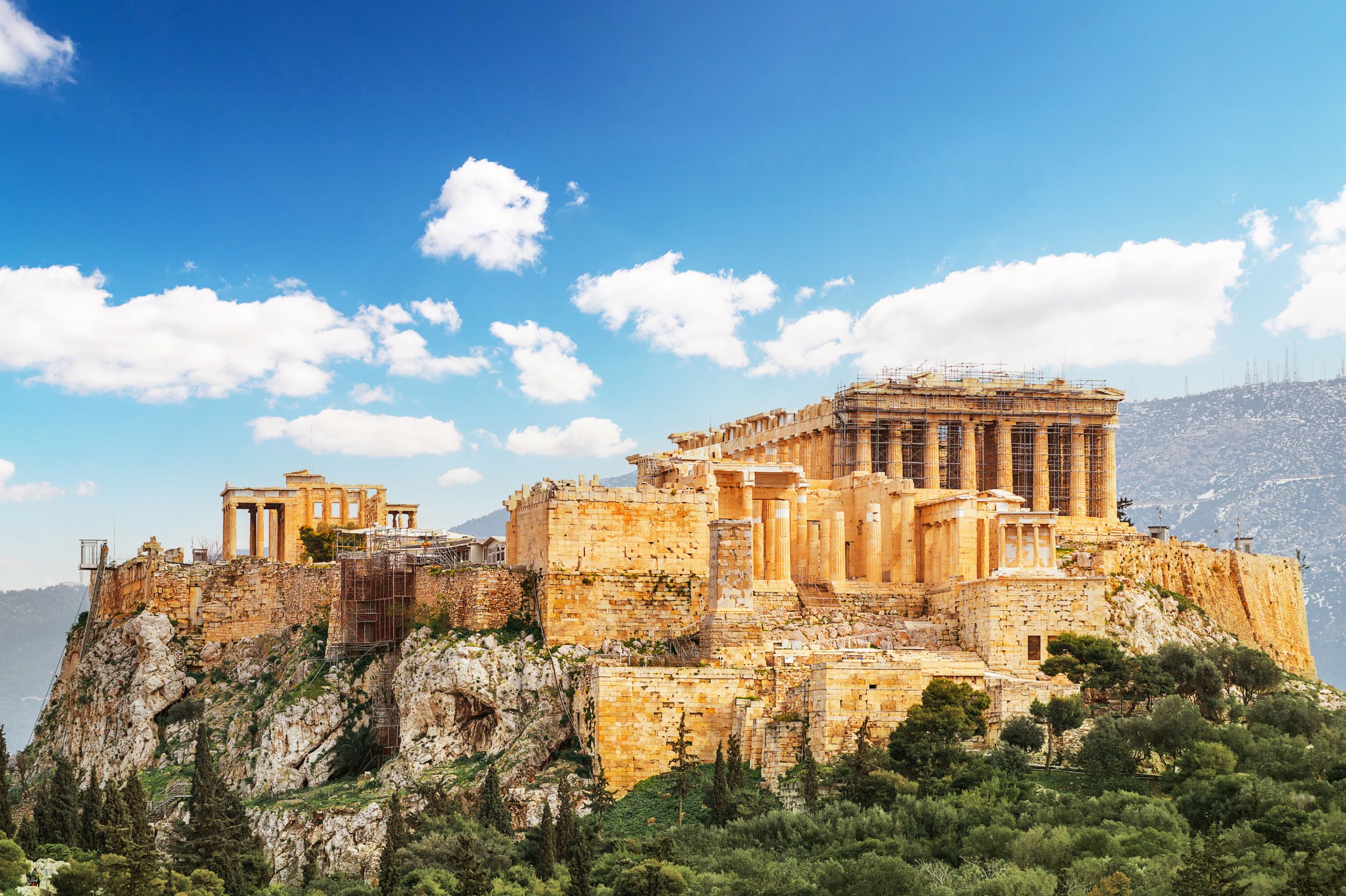 You’ll most likely start your odyssey in Athens after a flight from Vancouver, Toronto or Montreal. There, you can follow the footsteps of philosophers Plato and Socrates, playwrights Aeschylus, Euripides and Sophocles, and politicians like Cleisthenes and Pericles through the ancient agora and up to the Acropolis (literally the “high city”). Here you’ll find the Parthenon and other temples – many of which honour the city’s patron, the goddess Athena. While in the capital, you can stroll through medieval alleyways in Plaka, browse the boutiques of posh Kolonaki, then ride a funicular to the top of Mount Lycabettus to catch the sunset.

North of Athens is the mountainous sanctuary of Delphi, famous for its history-shaping oracles; Mount Olympus, legendary home of the Greek gods and goddesses; and bustling Thessaloniki, with its White Tower, Byzantine churches and recently redeveloped waterfront lined with umbrella pine trees and fountains. Across northern Greece, you’ll find traces of multiple cultures – from the ancient Macedonians, Thracians and Romans to the more recent Byzantines, Slavs and Turks. 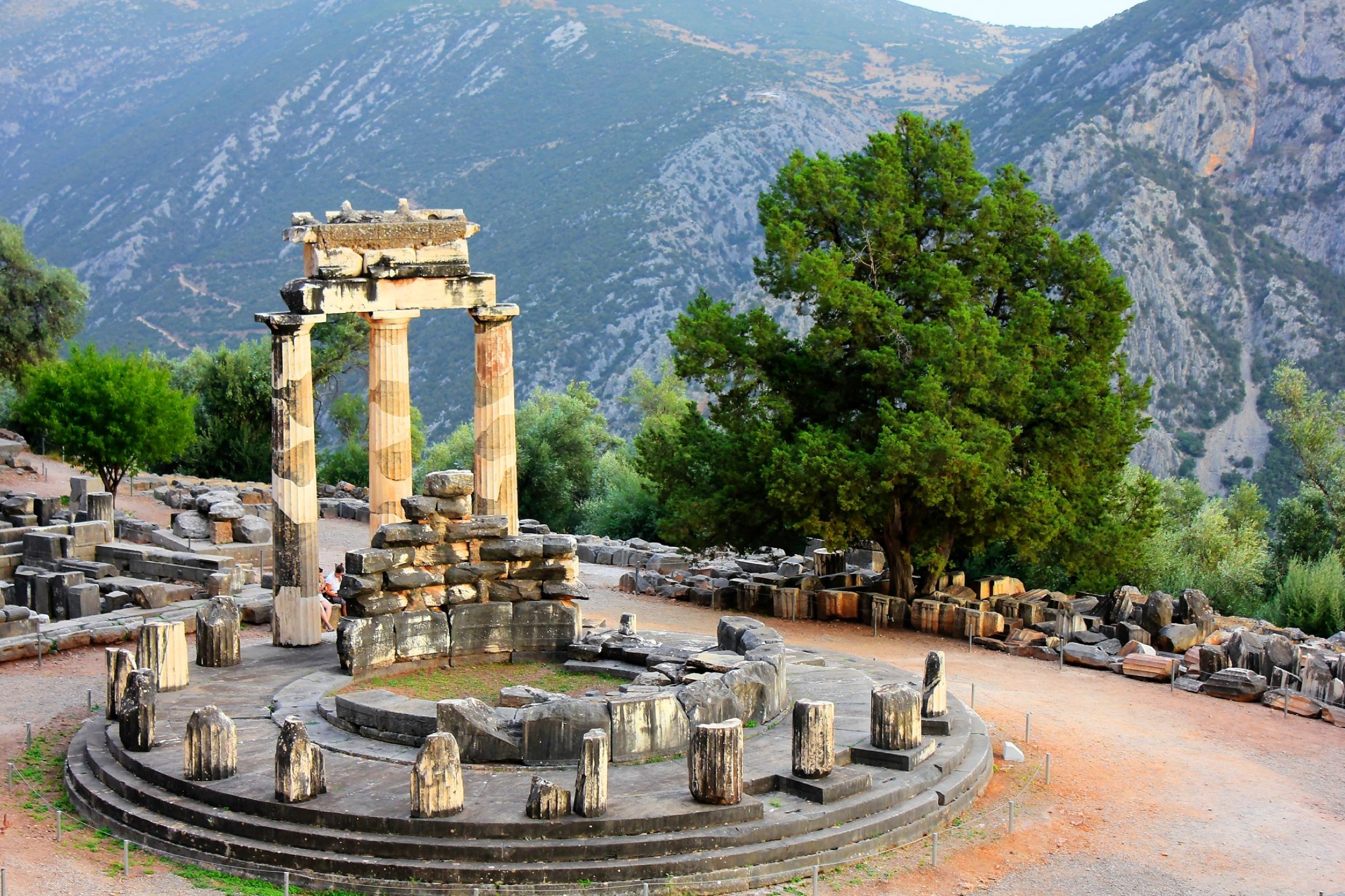 The southern mainland is the Peloponnese, where legends were born. Homer’s Agamemnon ruled at Mycenae before setting off to fight the Trojan War. Well-oiled athletes competed at Olympia every four years for more than a millennium, inspiring the modern Olympic Games. Meanwhile, echoes of Greece’s Byzantine past come to life on the steep slopes of Mystras – not far from Sparta, famous for battling Athens during the Peloponnesian War. 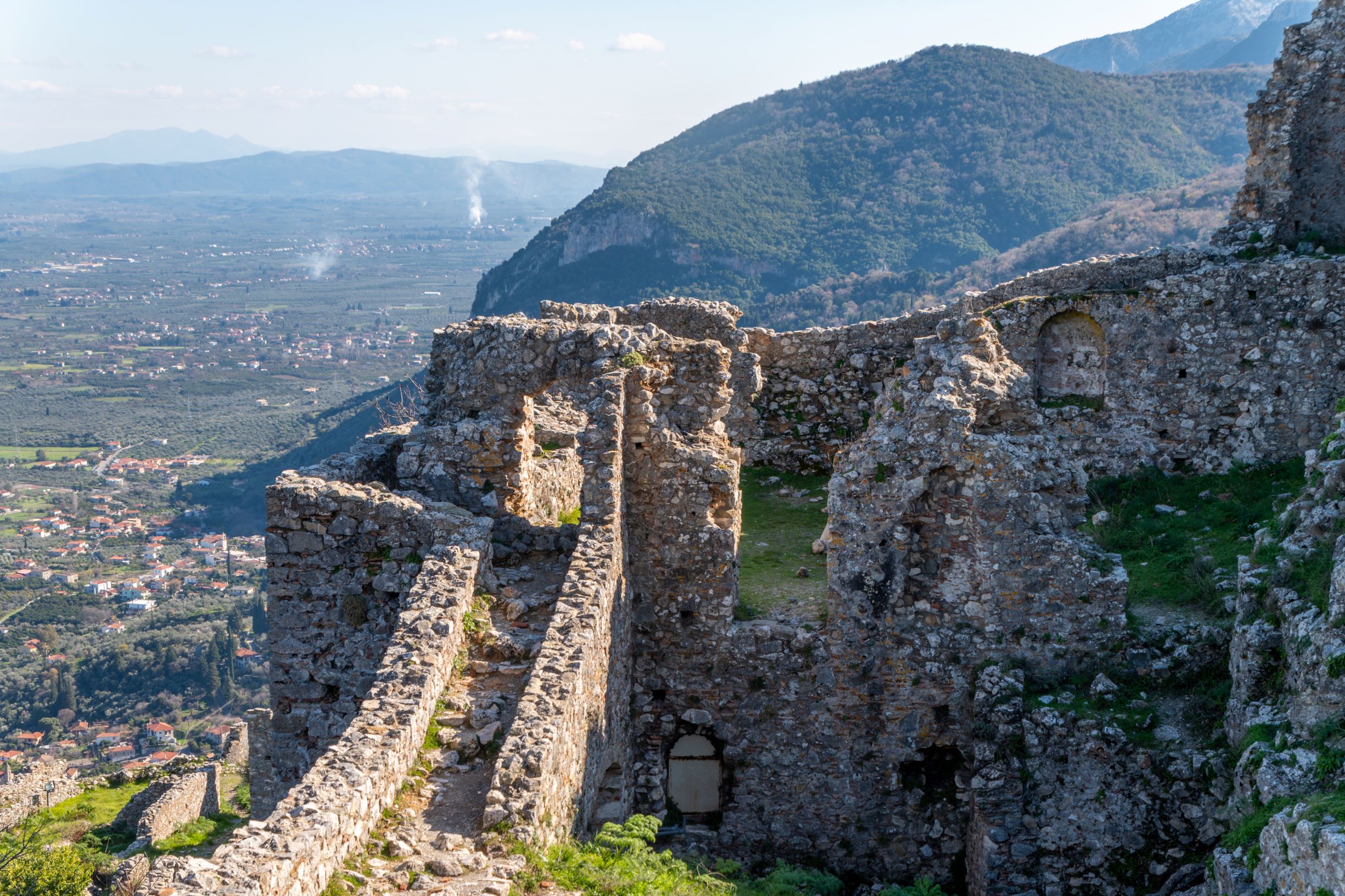 Offshore are hundreds of islands. The biggest is Crete, with timeless villages nestled among cliffs, canyons and beaches. Savour locally produced cheeses, meats, olive oil, honey, wine and raki, as well as same-day fresh seafood, and don’t miss the Minoan Palace of Knossos, first established some 4,000 years ago and the likely source of the myth of the Minotaur in the labyrinth. Crete is also home to Ottoman monuments and architecture, Venetian harbours, remote monasteries and the Heraklion Archaeological Museum, which features artefacts dating back to Neolithic times.

In the Cyclades, you’ll find rightfully famous Santorini and Mykonos – bustling and stunningly beautiful – but also the quiet allure and picture-perfect beaches of Antiparos and Folegandros. Throughout this chain of islands, you can meander among characteristic whitewashed buildings with blue doors that mirror the colours in Greece’s flag.

The Dodecanese islands include Rhodes, famous for its cobblestoned medieval Old Town, Street of the Knights (Rhodes was a stopover for the Crusaders) and active nightlife. Also of note on Rhodes are Lindos, which has its own well-preserved Acropolis, and the Valley of the Butterflies, especially striking in May and August. Kalymnos, another island in this chain, is popular with rock climbers, and Leros attracts divers from around the world.

The most well-known Ionian island, off the west coast of Greece, is Corfu (the Greeks call it Kerkyra) with mansions and fortresses left by the Venetian empire, as well as French and British architecture. Choose a table with a view and sip the house wine or a cocktail featuring the local kumquat liqueur. Well to the south of Corfu is Zakynthos, whose Navagio (“shipwreck”) beach, only accessible by boat, regularly makes lists of the world’s most beautiful beaches. Several of Zakynthos’s beaches are protected nesting areas for loggerhead sea turtles. 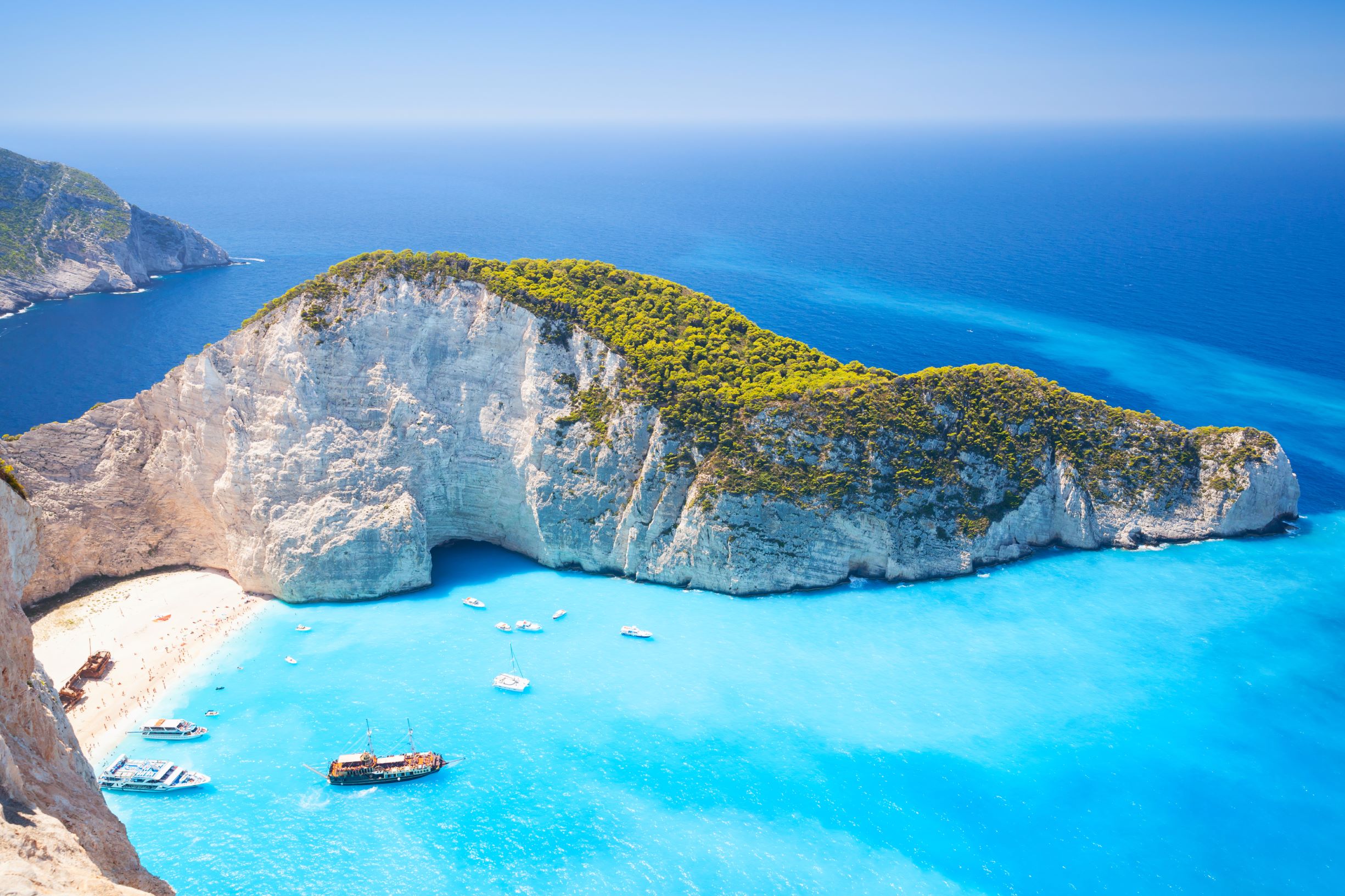 The Saronic islands are close enough to Athens for day trips. The nearest, Aegina, is just 40 minutes from the Athens port, Piraeus, on the fastest ferry. There, you’ll find the Aphaea Temple, which makes a perfect equilateral triangle when connected by imaginary lines with the Parthenon and the Temple of Poseidon at Sounion. Slightly further than Aegina is car-free Hydra, where people get around on foot, by boat or on the back of a donkey.

The final island chain, the Sporades, has four inhabited islands. Among them are Skiathos, which tends to attract a younger crowd, and quiet Skyros, which has a picturesque town, a medieval castle on a hill and secluded beaches. Settle into a taverna on Skyros for katsiki lemonato (oven-cooked lemony goat meat) or “Skyros pizza” (fluffy fried dough topped with xynotiri, a local soft cheese).

Greece captures imaginations with its natural beauty and epic ruins. It wins hearts with its welcoming people, delicious tastes and lively culture. This is a destination well worth considering if you’re looking for plenty of variety and an itinerary that will satisfy history buffs, beach lovers, foodies and more.