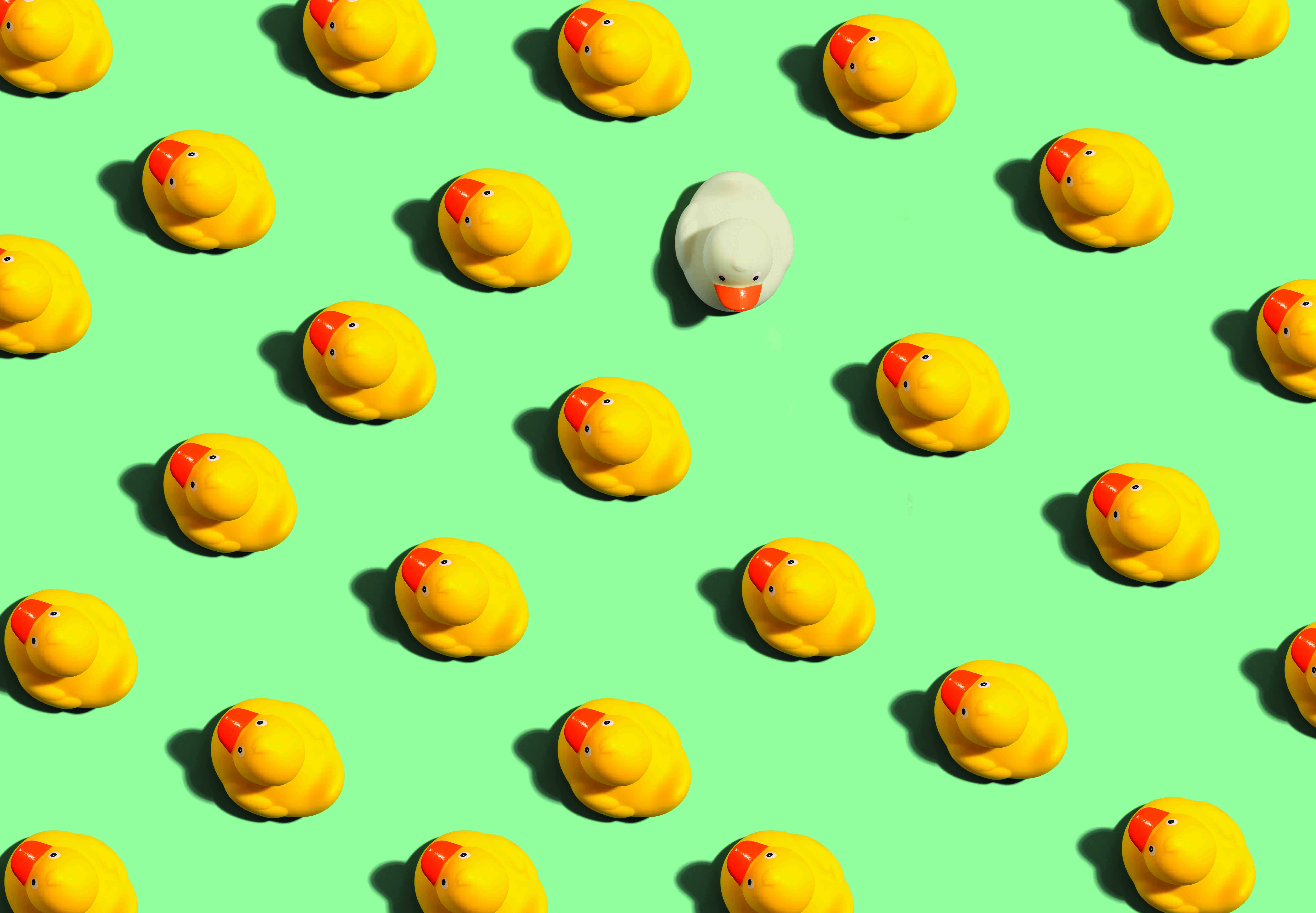 From scratching an imaginary itch to mumbling to ourselves, many of us do some strange things, often without even realizing it. Here are some weird behaviours that are more common than you might think.

Reading an entire page only to realize you checked out after the first sentence. This usually happens because you’re distracted, or your mind is elsewhere. Even though your eyes scan the pages due to muscle memory, you aren’t retaining a lot of information because your short-term memory is filled with too much sensory information.[1]

Turning down the volume to see better in the dark. If you have ever gotten lost while driving at night, this probably sounds familiar. Of course, turning down the volume on your car stereo doesn’t help your vision, but it does allow your brain to focus on the task at hand – to find your way again.[2]

Waking up refreshed and then hitting the snooze button even though you know you’ll feel worse with the added ten minutes of sleep. Your body starts to prepare for waking by releasing hormones that help you gradually rise from sleep. When you hit the snooze button, you risk throwing off your internal clock and the hormones that it produces. [3]

Blushing! Charles Darwin commented that this is the most peculiar, yet most human expression. Scientists believe that this trait evolved to show regret or remorse within social settings. Blushing acts as a non-verbal apology and can be much more reliable than a verbal apology, which can be faked.[4]

If you wonder why you squish up your face and grit your teeth when you’re angry, you’ll be surprised to find that expression is common all over the world. This is an evolutionary response to show anger and intimidate your opponent. Even if the expression looks different between individuals, the same muscles are activated.[5]

Talking to yourself about an important decision you need to make and pretending that you’re two different people. Some scientists theorize that our brains see our future selves as a completely different person.[6]

Laughter is a universal language, although it might seem odd that we make strange noises when we find something funny. This is an evolutionary trait that we’ve picked up to connect with others and establish relationships.[7]

From scientists to writers, some well-known personalities have been known to exhibit peculiar behaviour. Here is a look at some strange quirks of a few well-known people.

Nikola Tesla, the famous physicist and engineer, was reportedly an extreme germophobe with obsessive-compulsive disorder. He refused to touch anything round and always did things in threes – walking three times around the block, using 18 napkins (three stacks of six) or staying in hotel rooms with a number divisible by three.[8]

Arguably one of the most brilliant minds in recent history, Albert Einstein was prone to some very mysterious behaviour. He hated wearing socks, and he once supposedly picked up a grasshopper that landed in front of him and ate it.[9]

Dr. Yoshiro Nakamatsu, the scientist who patented the floppy disk in 1952, believes that coming close to death helps him brainstorm new inventions. He submerges himself under water and waits until about half a second before drowning to swim back to the surface and jot down his ideas.[10]

Author Honoré de Balzac was obsessed with coffee and drank up to 50 cups per day. He wrote an article on “The Pleasures and Pains of Coffee” for a French magazine in the 1830s.[11]

The nineteenth-century novelist, playwright and poet Oscar Wilde was said to have been witty and flamboyant, not to mention a little odd. For instance, he reportedly kept a pet lobster that he would put on a leash and take for long walks.[12]

The physical impacts of emotions

Emotions are inherently human – they help shape who we are. But there are instances when emotions can have a bodily effect. Here are a few of the most physically impactful emotions human beings can experience.

Stress. It can cause headaches, muscle tension, fatigue, stomach upset and chest pains.[13]

Anger. It can increase the risk for heart and stroke problems, weaken the immune system and even affect lung capacity.[15]

Laughter. The best of all emotional responses, laughter can boost the immune system, temporarily relieve pain and protect the heart by increasing blood flow.[16]

© 2019 Manulife. The persons and situations depicted are fictional and their resemblance to anyone living or dead is purely coincidental. This media is for information purposes only and is not intended to provide specific financial, tax, legal, accounting or other advice and should not be relied upon in that regard. Many of the issues discussed will vary by province. Individuals should seek the advice of professionals to ensure that any action taken with respect to this information is appropriate to their specific situation. E & O E. Commissions, trailing commissions, management fees and expenses all may be associated with mutual fund investments. Please read the prospectus before investing. Mutual funds are not guaranteed, their values change frequently and past performance may not be repeated. Any amount that is allocated to a segregated fund is invested at the risk of the contractholder and may increase or decrease in value.